Everything you need for your vacation to The Bahamas
Menu

Knowing some Bahamas facts certainly isn’t mandatory for visiting the Bahamas, but it sure won’t hurt! The more you know about your potential vacation spot may actually enhance the experience and make your potential destination seem more real and tangible. It can give one a greater appreciation for the customs, lifestyles and people of where they are headed. It’s also very good to know a good bit about the place you are about to visit so there won’t be any strange surprises. Think of how embarrassing it would be to believe the place you are going to is filled only with women dressed in grass skirts and coconut brassieres and to dress in like manner only to find out the hard way that you were dead wrong.

So on this page I’ll run through a few frequently asked questions about The Bahamas and provide the best possible answer to those questions to make sure you are well informed about your future potential vacation spot.

Where is The Bahamas? 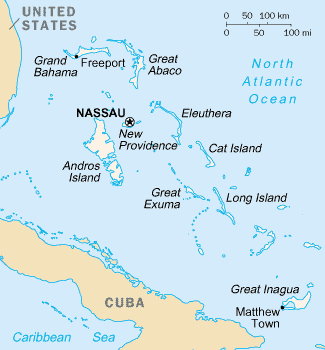 Map of The Bahamas

The archipelagic nation of more than 700 islands and cays, The Bahamas, is located in the North Atlantic Ocean, off the southeast end of Florida and the northeast coast of Cuba. This places The Bahamas outside of the caribbean sea and thus it is not technically part of the Caribbean. The Bahamas is actually more aptly described as being a part of the West Indies. Furthermore, since the entire Caribbean is considered to be a subcontinent of North America, The Bahamas can be considered a part of North America when determining to which continent it belongs. 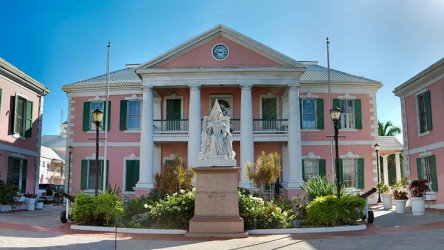 The capital of The Bahamas is the city of Nassau, located on the main island of New Providence. The city of Nassau, which is technically downtown New Providence, only spans about 20 square blocks and begins with the British Colonial Hilton in the west and ends around the Bahamas Rum Cake Factory in the east. It is officially made a city by the presence of Christ Church (Anglican/Espicoal) Cathedral on George Street. The actual "city of Nassau" though has extended well beyond this to encompass a vast portion of the island.

The currency of The Bahamas is the Bahamian dollar which has been equal in value to the United States dollar since inception up to this very day. US Currency and Bahamian currency can be used interchangeably within the Bahamas - no need for conversion because the two are on par with one another.

The very colourful bills of The Bahamas have previously featured Queen Elizabeth of England, the country by which the Bahamas was previously controlled, but now feature the images of prominent Bahamians. The coins as well as the paper bills often depict images of marine life, national symbols and the coat of arms.

The Bahamas Islands are in which country?

The Commonwealth of The Bahamas is a sovereign, independent nation. The country gained independence from the United Kingdom, July 10th, 1973.

Inhabited Islands of The Bahamas

There are about 17 inhabited main islands of The Bahamas. These islands are (Great) Abaco, Acklins, Andros, the Berry Islands, Bimini, Cat Island, Crooked Island, Eleuthera, Exuma, Grand Bahama, (Great) Inagua, Long Island, Mayaguana, New Providence, Ragged Island, Rum Cay and San Salvador - in alphabetical order. This does not include the several smaller inhabited private islands and cays owned and operated by cruise operators and others like Tyler Perry.

Largest city in The Bahamas

Largest Island in The Bahamas 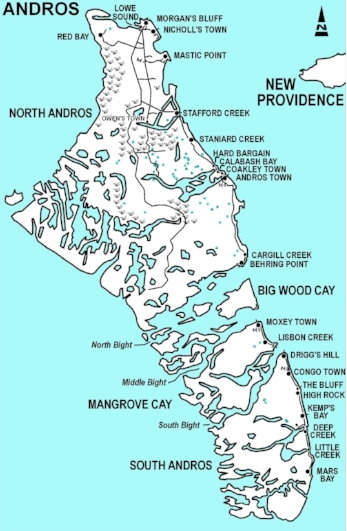 The largest island in The Bahamas is Andros Island measuring 100 miles long by 40 miles wide.

Population of the Bahamas Islands

Time in The Bahamas

The Bahamas goes by Eastern standard and Eastern daylight savings time (EST & EDT). The date and time in The Bahamas right now is: